Recently, we have had some severe forest fires in western North America, from California to the Yukon.  In my neck of the woods (central Alberta, Canada), smoke has recently drifted up from the Pacific Northwest.  It has resulted in some spectacular optical effects, particularly in respect to our moon. 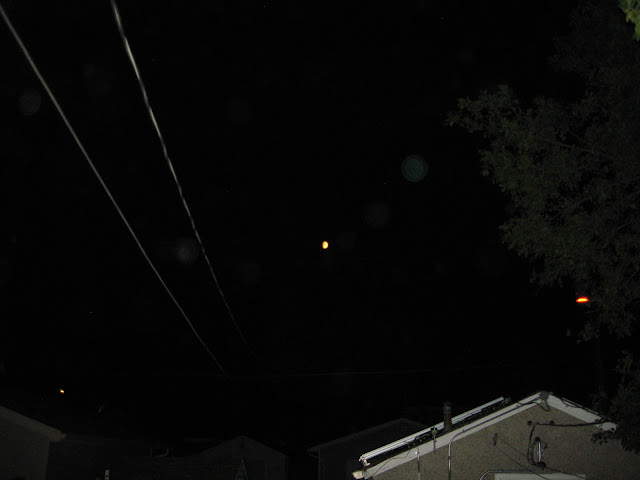 Here is a photo from August 26, 2015.  Note how the orange colour of the moon has shifted to more of a red. 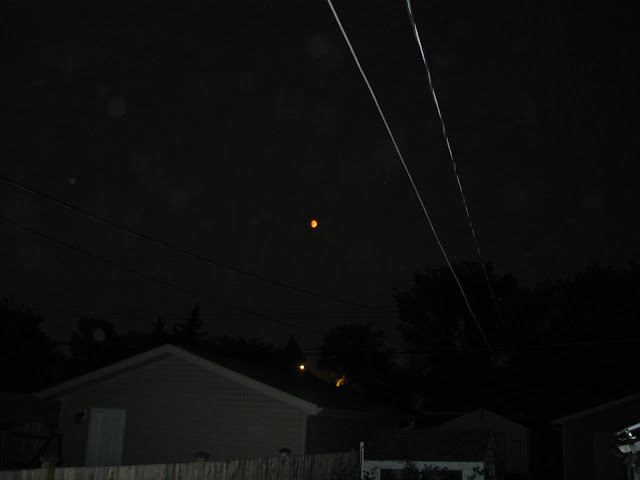 Here are the two side by side, for easier comparison.  They were taken at about the same time of the evening, by the same camera, on the same settings.  The shift from orange to red lines up with what the eye and memory recorded as well. 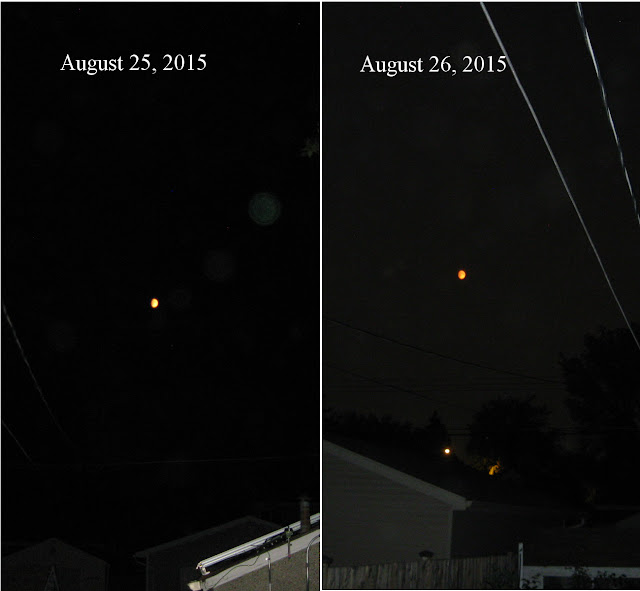 The colour is reddened by differential scattering of light, with the longer wavelength (red and orange) colours scattered less by the smoke particles than the shorter, bluer wavelengths.  Thus the moon looks orange or red. Presumably, the more smoke, the redder the moon looks, so the second day was smokier than the first.

When forest fire smoke is bad, the sun can also take on a somewhat reddish hue.  And of course, when the sun is setting or rising, it looks red, as the light’s path goes through much more atmosphere than at mid-day, thus being scattered by dust in the atmosphere and reddened, even when there are no forest fires.  The same goes for stars at the horizon, though the reddening effect is far less pronounced.

When I blew up the first picture of the moon, it reminded me a bit of Saturn’s moon Titan, which also has an orange colour.  In that case, it is caused by sunlight being scattered by organo-nitrogen (basically nitrogen mixed with carbon based molecules, especially methane, as well as a bit of hydrogen). 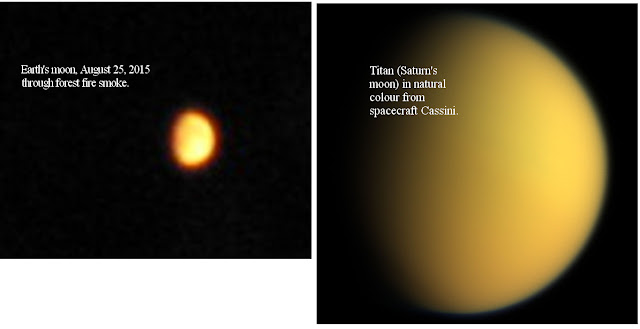 Blowing up the second picture reminded me more of Mars, with the much redder appearance.  Mars, of course, is reddish due to the iron oxide on the surface.  A bit of the moon’s surface features show up on this one, which gives it something of a Mars look.  I used a tripod when I took that picture of the moon, but the Earth still rotates a tad while the shutter is open, blurring the photo.  Haze and some cloud did the rest. 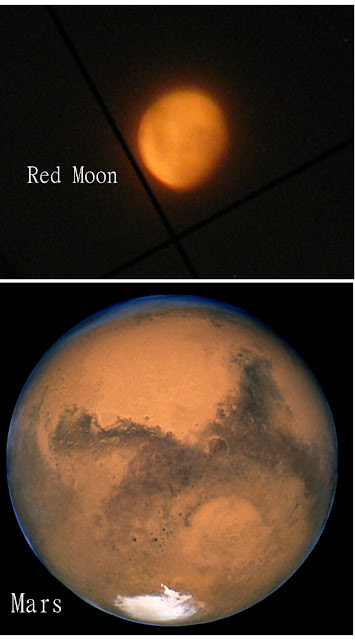 And that’s our chameleon moon, assisted by smoke from forest fires.

In fact, the moons of Kordea become a central element in Book 2.