A Book a Minute


Nope, that’s not a fantastic claim about how fast the Dodecahedron Books produces books, publishes books or even reads books.  Granted, some Indie writers are pretty prolific, but even the speediest of them will never get to that rate.  Maybe someday an Artificial Intelligence (A.I.) might do it – anyway, that could be the basis for a Science Fiction story.   Novel writing reaches The Singularity.

That’s probably pretty close to the rate at which new books appear on Amazon though.  There are about 525,000 minutes in a year, so Amazon probably does put up at least a book a minute.

But what I am really writing about, is the rate at which Chapters (Canada’s biggest bookstore chain) sells books, on average, in one of its big box bookstores.  (I mention Chapters, but the same reasoning should apply to Barnes and Noble in the U.S. or Waterstones in the U.K.). The calculation follows:

Chapters requires a lot of infrastructure to sell that one book per minute in each of its stores.  Those stores are big, so the leases must be significant.

They also require a fair number of staff to sell that book per minute.  In the report mentioned above, they state that wages and benefits for staff came to about $141 million in the first 3 quarters of fiscal 2014.  Running through similar calculations, I estimate that each store must pay out about $3500 per day in wages.  That would imply about a dozen staff members  in the store, at any given time, assuming an average pay of $20 per hour.

Contrast all that to downloading a book onto a Kindle or Kobo, a one-click operation that transfers information almost instantaneously to the customer and for pennies per transaction, at most.   Granted, Amazon must spend a lot on its computer system, but it seems clear that there is at least an order of magnitude difference in efficiency, between the two processes, with the advantage going to the ebook.

It will be interesting to continue to watch the competition between the two modalities play out.  Perhaps it will end up at The Singularity, after all.

And here’s a vaguely related comic, that mentions The Singularity. 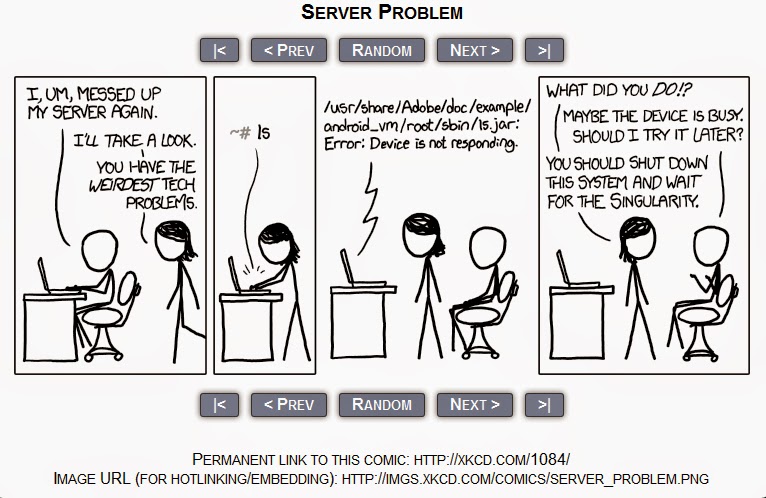 Posted by Dale Olausen at 16:42 No comments:


As with the earlier photos of galaxies M81 and M82, I wish I could say that I took these photos, but they were taken by a member of the Royal Astronomical Society of Canada, who was selling them at a public education event (at the local farmer’s market in Old Strathcona, Edmonton, Canada, to be exact). 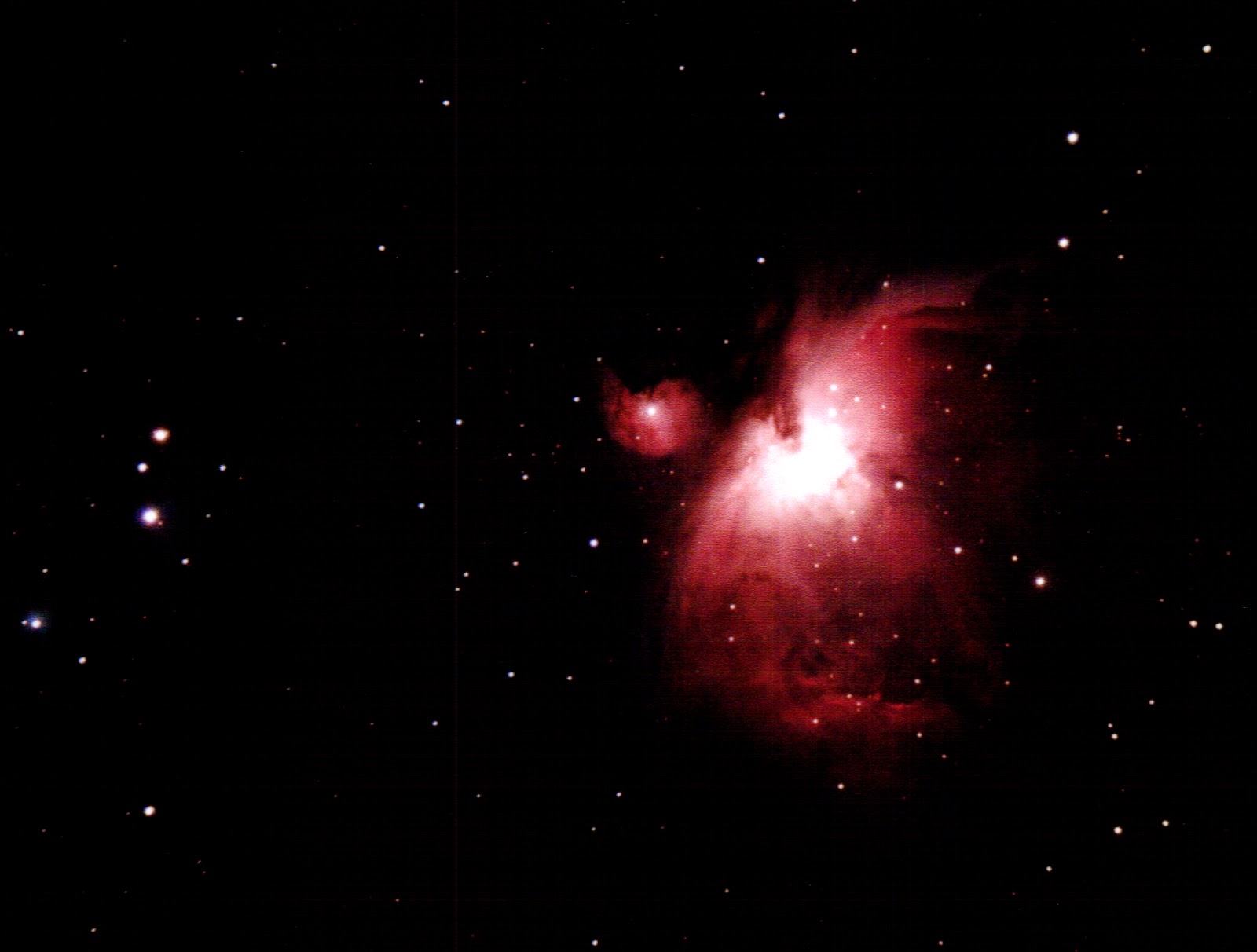 The Orion Nebula is a major star forming region, the closest one to the Earth, at something over 1200 light years.  It’s easy to find in a small telescope or binoculars, in a dark sky it is even visible to those with excellent night vision.  It’s just under the belt of Orion (the sword).  It's best seen in the evening in mid-winter, so dress warmly.


From the movie Blade Runner:

I've seen things you people wouldn't believe. Attack ships on fire off the shoulder of Orion. I watched c-beams glitter in the dark near the Tennhauser Gate. All those moments will be lost in time like tears in rain. Time to die.
More about the Orion nebula from Wiki: