A Dark Horse - A Halloween Story

It has been a busy week attending a work related conference, as well as the son's astrophysics PhD convocation (McGill).  So, book blogging has taken a back seat.

So, here is an old Halloween story I wrote during my horse-racing days (betting, not riding or owning), about a horse-player who may have sold his soul for a winning streak.  Helena did some helpful editing (she knows a bit about the horse races too).  It is a little bit Doctor Faustus,and a little bit Damon Runyon. 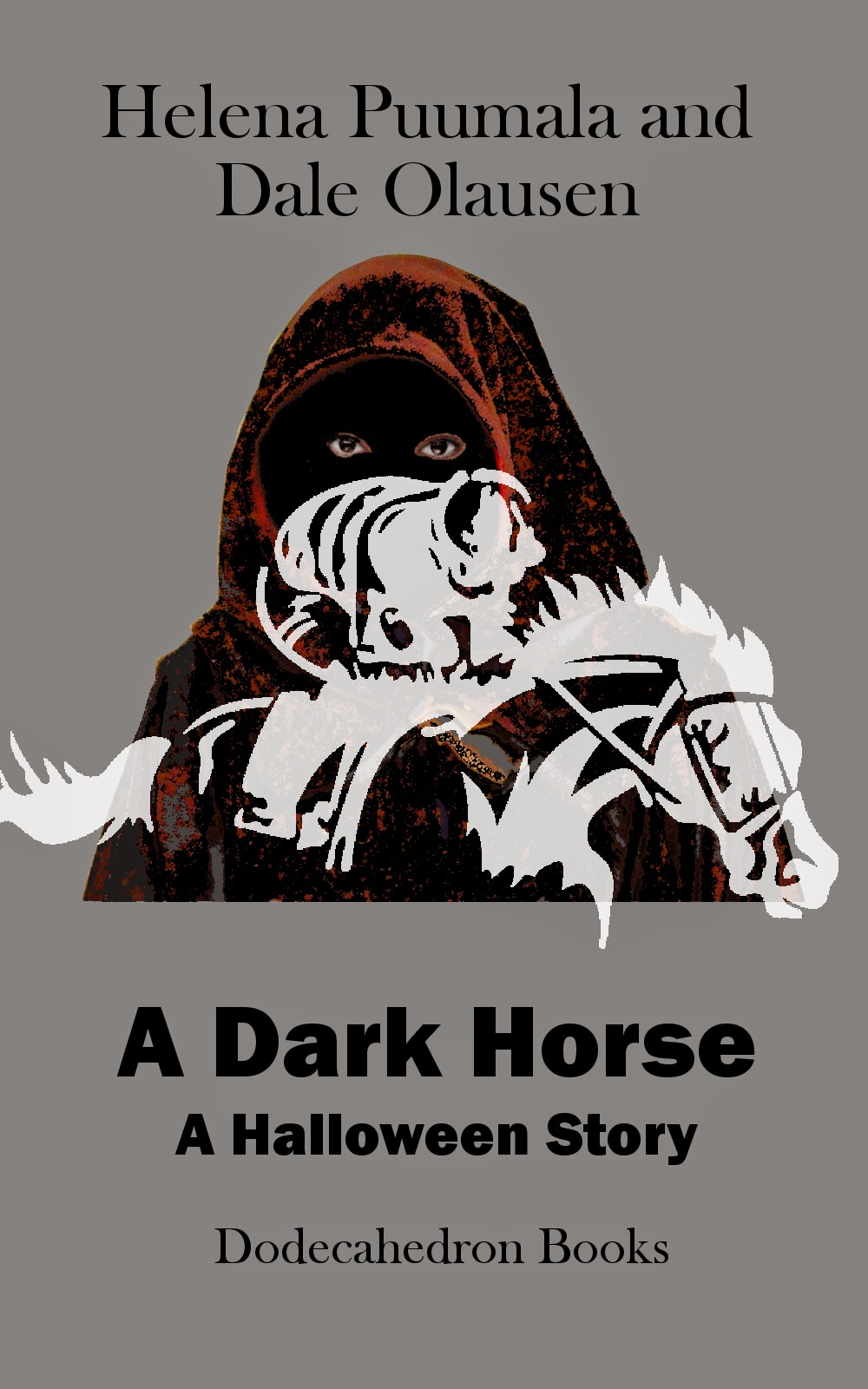 Posted by Dale Olausen at 10:01 No comments:

Some Halloween short stories on Amazon, by Helena Puumala

Beyond the Blue Door will be free on Amazon, up to and including Halloween (and Nov 1). 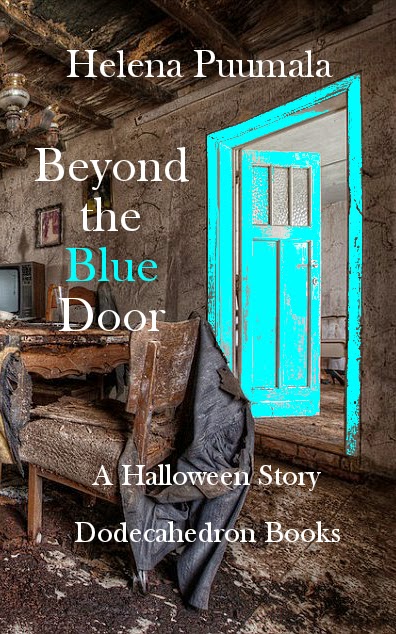 Also , The Boathouse Christ, another Halloween story will be free. 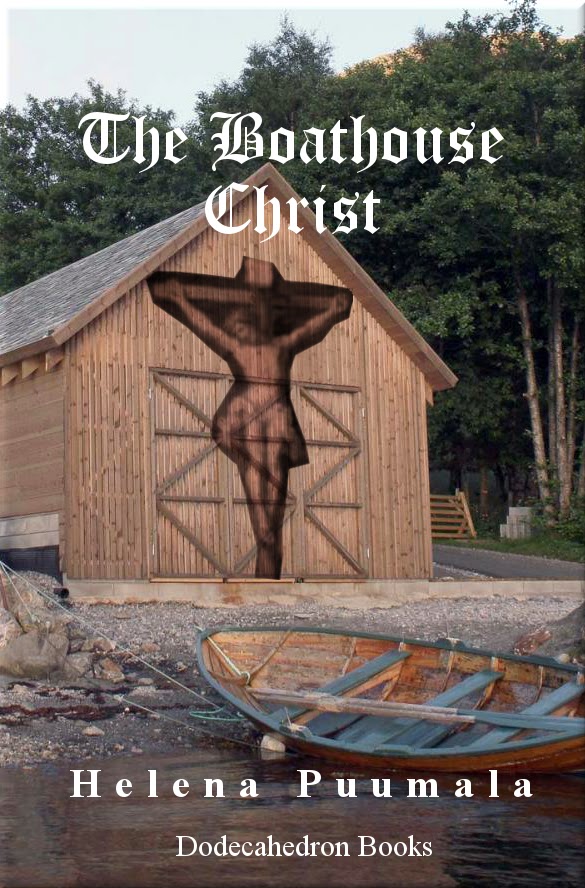 Posted by Dale Olausen at 17:40 No comments:

Last year, there was one house in my neighborhood with solar panels, or at least one house that I was aware had solar panels.  There are about 500 houses that are privately owned in the neighborhood, according to the city census.  I will assume that my walk-around of the neighborhood covered about 50% of the houses (250), so less than 1% of houses had gone solar.


We are planning to do so later this year or early next year, so I did another walk-about on the Canadian Thanksgiving weekend.  I spotted 2 more houses that had installed solar panels, on south facing garages.  That’s what we plan to do, too.  It wouldn’t surprise me if my neighbor does the same.  So, that’s now 3 houses, soon to be 4, with another distinct “possible”.  So, the take-up of solar in the neighborhood is now probably close to 2 to 3 percent.


Next year I would expect to see another dozen or so installations.  These things tend to cascade once they start, partly because of people modelling other people’s behaviour and partly because the technology has become cost competitive (or nearly so).  At this point, my city and province don’t have very enticing pricing structures (no feed-in tariffs or subsidies), but that might happen soon.  If that’s the case, I would expect the transition to accelerate quite significantly.


So, what’s this got to do with Indie publishing?  Well, as I see it, there are many parallels between ebooks and solar panels.


·         Both involve new technologies.  These new technologies started off being much more expensive than their traditional alternatives, but have become more and more competitive over the past few years.


·         Both involve new ways of looking at the world and new ways of solving problems.


o   With paper books, most of us were passive consumers.  With ebooks, many of us have become producers, and consumers are far less passive than they once were.  With much more selection, readers can be extremely choosy, and get exactly what they want.  They have a greater effect on the market, in terms of what gets produced.  Also, they can read and write reviews, participating in a process that was once reserved for the elite few.  People have a different sort of stake in producing and consuming “literature”, especially genre fiction.


o   Electric power from the power company was also a passive process for the customer.  You ordered it from a far-off corporation, and used in your house as needed.  Solar power is active – you own the electricity generator yourself, and become a producer for the overall system at times.  You watch the weather with a different focus, and pay attention to the gyrations of power costs as both producer and consumer.  You have a different sort of stake in the process of producing and consuming electricity.


·         In both cases, some assurance of reliability or quality can be lost, or at least the perception of quality can be lost.  With electricity, relying only on the sun is difficult at certain times and places, thus the need for grid tie-in systems. Going totally off-grid can mean a higher level of risk of having inadequate electricity.  With books, going ebook can mean a loss of quality control and curation.  Thus, some readers stick with the big publishers, even after transitioning to ebooks.


·         Both can be thought of as increasing independence and democracy.  People with access to solar panel generated electricity are freed from dependency on large anonymous institutions, which often have monopoly or at least oligopolistic (near-monopoly) power.  The freedom is not yet complete, but if reliable, cheap local electrical storage is developed, it becomes a distinct possibility.  Ebooks allow many more writer voices to be heard, freeing readers from the “tyranny of curation”, whereby some large anonymous institution decides what can be read, via deciding what can be published.  Again, these large publishers had oligopolistic powers, which has eroded because of the existence of the Indies.


·         And both are a threat to the established order.  Solar power installations threaten big energy companies and power producers.  Every solar panel cuts the need for fossil fuels, reducing the financial and political power of the energy companies.  Ebooks threaten big publishers, agents and paper book chain stores.  Every Indie writer and publisher reduces the financial and political power of the big publishers.  You can be sure that the status quo will fight hard to delay these transitions.


It goes without saying, that neither of these transitions is complete.  We are perhaps half-way through the paper book to ebook transition.  As for electricity, we have barely begun the transition; we have perhaps gone only a few percent of the way.  Given the differences in scale and political impact of the two transitions, I would expect that the latter will take much longer than the former.


Also, we don’t know just how far the transition will go and how it will ultimately affect the relative power balances within our society.  I expect that in both cases, the traditional entities will survive (big publishers and big energy companies), but they will lose much of the power they now hold, and will have to change many of the now comfortable business practices they have grown used to.  But that is probably a positive development for our society – both for democracy and for the environment.


And one other thing about solar panels and ebooks – you can use your solar panels to charge up your ebook reader.


Sources:
http://en.wikipedia.org/wiki/Amazon_Kindle
http://www.epia.org/fileadmin/user_upload/Publications/Competing_Full_Report.pdf
And here’s a couple of totally unrelated cartoons about Kindles and solar panels: 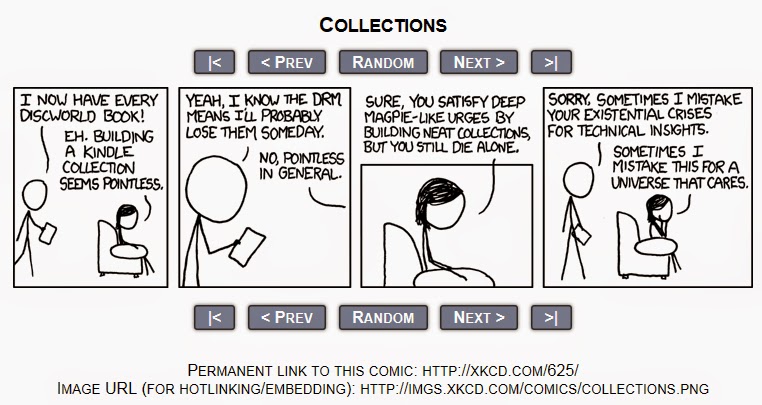 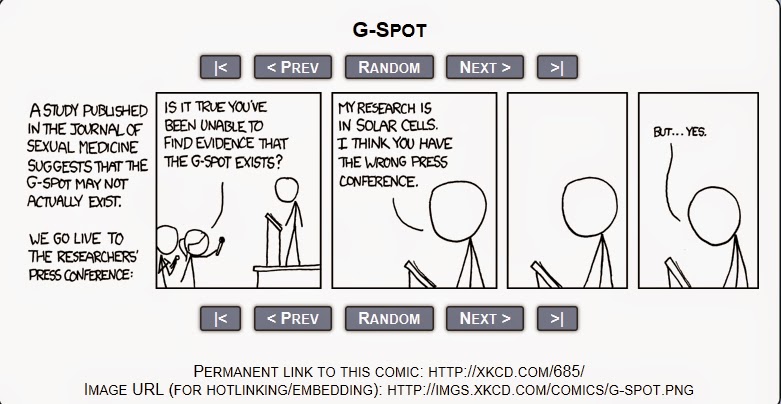 Posted by Dale Olausen at 16:06 No comments: